My plan was to walk to the top of Snowdon for sunrise on the morning of 21st June. The forecast promised dry conditions although there was a threat of cloud.

Sunrise was 4.43 am so taking the long route to the summit via the Llanberis path I reckoned on three hours walking. And as Rhys, my son, had walked to the top of Cader Idris, another popular mountain, twelve hours earlier he wasn't going to be in peak condition. So we left at 1.36 - head torches on, illuminating the rough ground picking out the loose shale and rocks on the way. Soon we were being overtaken by others [much younger ,of course] heading for the summit. Ty Hafan had organised a 3 peak race which is in its 17th year. Ty Hafan is one of the UK’s leading paediatric palliative care charities and offers care to children and support for their families, throughout Wales. Participants had to tackle Snowdon, Cader Idris and Pen y Fan in 15 hours. Tough going. But when we had reached half way we were passing walkers coming down!

Unfortunately halfway house was closed so we sat and ate a flapjack nearby before pressing on. Occasionally we saw lights ahead of us bobbing up and down over the mountain. After the steep climb of 'Allt Moses we walked under the bridge built in Victorian times to carry the railway to the summit. By then the wind had picked up and a thick cloud had moved onto the mountain. We arrived at 4.15 am and visited the summit. We must have passed over forty people doing the three peaks challenge. After a snack and some sweet coffee we waited for daybreak but the cloud waited too. It was damp and miserable and 4.43 came and went and then we headed down.

It became quite cold as we traced our steps and our pcae must have slowed because it took us three hours to reach Llanberis. Just in time for Pete's Eats to open. Small breakfast for me, large for Rhys. Next year? maybe. 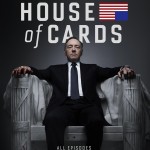 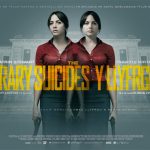