Wales is rightly famous all over the world as having hundreds of castles but we are also famous for the narrow gauge railways that make our country such a fascinating and enjoyable place to come on holiday. In North Wales alone there are several different narrow gauge railways – probably the most famous being the Snowdon Mountain Railway that takes visitors to the summit of the mountain. The longest route covered by a narrow gauge track is the Welsh Highland Railway that runs from Caernarfon to Porthmadog.

Over the Easter bank holiday weekend, we decided to take a trip on the Welsh Highland Railway from Caernarfon down to Beddgelert. The Welsh Highland Railway is a narrow gauge heritage railway that travels the route from Caernarfon to Porthmadog and connects with the Ffestiniog Railway which travels up to Blaenau Ffestiniog. The original route of the railway was closed in the 1920s when it fell into receivership. It had never been a financial success. It has taken years for the present operators to complete the original route from Caernarfon to Porthmadog. Previously it had been opened in sections – partly down to the Rhys Ddu halt.

The route of the railway travels from Caernarfon to Dinas and then through Waunfawr and then on towards Beddgelert and then terminating at Porthmadog. It passes through spectacular scenery on its way. It had been several years since I had done part of the journey and despite the fact that it was wet and overcast it was a spectacular afternoon out on the narrow gauge railway threading its way through Snowdonia towards Beddgelert which is a wonderfully pretty little village nestled at the bottom of the valley. 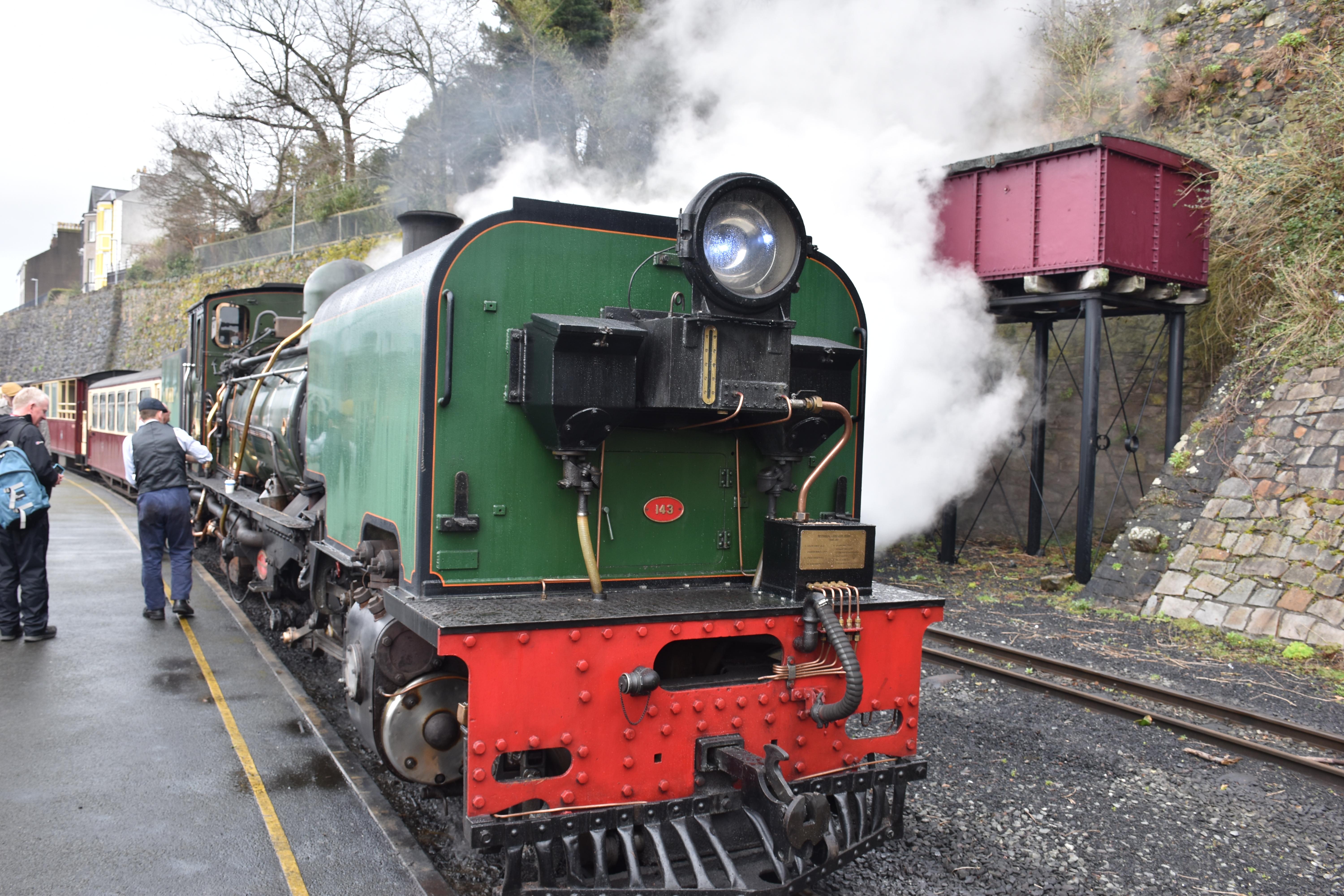 The literal translation of the name is ‘Gelert’s grave’ namely the dog of Llywelyn the Great, Prince of Gwynedd, a gift from King John of England.

In this legend, Llywelyn returns from hunting to find his baby missing, the cradle overturned, and Gelert with a blood-smeared mouth. Believing the dog had savaged the child, Llywelyn draws his sword and kills Gelert. After the dog’s dying yelp Llywelyn hears the cries of the baby, unharmed under the cradle, along with a dead wolf which had attacked the child and been killed by Gelert. Llywelyn is overcome with remorse and buries the dog with great ceremony, but can still hear its dying yelp. After that day Llywelyn never smiles again.

I managed to get some videos of the train as it was travelling along the route and also as we entered and station. Rhyd Ddu is one of the starting points for the popular walk to the top of Snowdon. The station here is one of the passing loops on the narrow gauge railway which is a single track railway only. And I’ve also got some photographs that gives you a flavour of the route that the rolling stock of this fascinating narrow gauge railway still uses.

I’m one of these people who is fascinated by railways –. I think one of my childhood ambitions was to be a railway driver, feeling the smoke and sought to my face when I parents took me on trains hauled by steam locomotives. You might like to read more about the Welsh Highland Railway by clicking this link on the Wikipedia page.