I am a fan of Lee Child and have always been entertained by the adventures of Jack Reacher. One of the biggest steps the reader has to take with these books is to accept the rather random motivation for the lone hero getting involved in scraps. This time however Reacher is recalled into the Army – specifically his old outfit, the special 110th Military Police. So tick the motivation box.

There was quite a lot of driving around in various cars all of which was rather boring and didn’t really enhance the action. There were the usual standard formulaic fight scenes that Lee Child does so well were our hero really gets to grips with his enemy. Reacher always vanquishes his attackers. Tight situations are overcome and there's a great example where Reacher breaks the arms of two men on an airplane. The plot takes him from coast to coast and gradually we see the unfolding drama, which leads us back inevitably to various high-ranking officers.

The plot was a little thin in places. It relied heavily on others finding the answers for Reacher that made it all feel a little remote for me. And Reacher lacked the occasional nuance and nod at character depth that Lee Child has been able to add so expertly in the past and I found myself skimming over large chunks when I knew what the next scene was likely to be. The sheer incredulity of the situations that Reacher finds himself in sometimes challenges logic but the story and writing is so strong that disbelief is suspended and the thriller ride takes off.

There were twists and turns towards the end that gave the story some drama. I found the ending a little underwhelming but in the end, the good guys did win and Reacher sets off back on the road looking presumably for his next adventure. 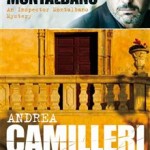 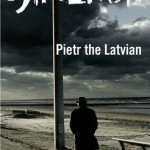