The Paradise Trees by Linda Huber

This atmospheric psychological novel has at its heart the issue of the abduction of a child. From the beginning, we know that the killer has it in mind to kill the child as well as her mother because the novel is narrated with multiple voices including the killer’s.
Alicia is returning to her childhood home with her young child to see her father who has dementia. But gradually we learn about the relationship with her father who is a religious disciplinarian that led to Alicia leaving home at a young age. Alicia starts to wonder about her life back home and ponders if she might be able to restart her life in Derbyshire. She has two admirers from the local community and in developing these relationships, I thought the author was on less firm footing as it felt at times that the relationships were rather forced.
However the writing had the right pace for this sort of psychological thriller and it was well crafted.
The loss of a child is of course every parent’s worse nightmare and the parts that dealt with the building tension had pace and kept my attention.
This was an entertaining read.

View all my reviews 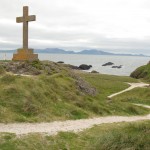 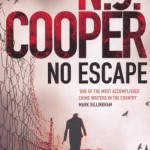