Roath Park on a September morning...

A body is discovered in the storeroom of the cafe at Roath Park in the middle of Cardiff...

Detective Inspector Marco has just arrived back form three weeks holiday in Italy with his family and arrives at the scene to discover a body shot in the head lying in the storeroom at the back of the cafe. The dead man is a notorious criminal and Marco only has one suspect - Jimmy Walsh. The problem is that he is behind bars with the perfect alibi. And even his closest associates all have alibis. So Marco has to look elsewhere for a suspect.

When a prison officer is killed Marco again suspects the involvement of the Walsh. Marco turns his attention to another suspect with a reason to kill both men. But when Marco's own family are involved things get personal. Marco realises that an old case hold the secret. But at the last moment a development threatens all of his work.

About Somebody Told Me 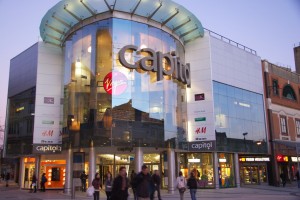 This is the second Inspector Marco novels set in Cardiff and is available from Amazon as an e-book.

Complete the box opposite and I'll send you Devil's Kitchen the prequel novella in the Inspector Drake series based in North Wales. Your privacy is important to me. Your details will not be shared. You can unsubscribe at any time.