Harry Bosch Michael Connelly’s hard-boiled detective hero is on leave and he’s not the holiday kind. An argument with his boss has led to his suspension from the LAPD.

It also means he has to attend counselling sessions, something he doesn’t relish. The counsellor asks Bosch what his motive is, what drives him. He recalls passing a coyote on the way home when he’s with the counsellor and he recounts the animal as being sad and threatening. The encounter gets Bosch thinking about his motive not only has a police detective but in life. He realises that his personal mission to discover who killed his mother.

Despite being suspended Bosch embarks on a mission to uncover the truth about his mother’s murder. Regular readers of Harry Bosch will know that his mother was a prostitute whose death was never properly investigated or solved. The first third of the book carries on at too gentle a pace perhaps. We learn about Harry the man, the detective who burns with a desire for truth and absolute certainty and as the young damaged boy in care.

When Bosch realises that powerful men were involved he goes back to the detectives responsible for investigating the murder of his mother. One is dead, the other retired to Florida. He unlawfully requisitions the original file and goes to Florida to interview the surviving detective and he gains another insight. Returning to Los Angeles via Las Vegas to interview the widow of one of the other dead detectives. Unearthing more links where he discovers incontrovertible evidence implicating two important and once powerful men. But returning to Los Angeles a suspect is brutally killed and Bosch is implicated and has to gather all his strength and tenacity to defend himself.

He embarks on one final challenge to establish the truth by talking to one of the other men involved. Now a cripple in bed he confesses his involvement while convincing Bosch of his innocence in the murder. Leaving the care home Bosch faces the final challenge against evil.

Does he succeed? Read this brilliant book and find out. It has a brilliant slow burn character build and crisp urban dialogue make which brings the narrative alive. I’m a great fan of Michael Connelly and this is another welcome addition to the Bosch canon. 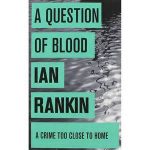