The House by the Sea

Home / Blog / The House by the Sea

The House by The Sea is the story of how Edie comes to terms with the death of her son, forgives the person she blames for his death and looks forward to her future rather than regretting the past.
When Anna DeLuca dies she leaves her old dilapidated villa in Sicily to her son Joe and his ex-wife Edie. We learn that Edie blames Anna DeLuca for the death of her son several years previously and when she and Joe set out for Sicily Edie is determined that the villa be sold and that she will return to England as soon as possible.

But the ghosts of the past continue to haunt her and as she spends time in the villa she finds her relationship with Joe rekindled. She learns more about the house and the family and their friends in Sicily. Louise Douglas successfully develops the character of Edie from an unforgiving, annoying person at the beginning of the book, unable to accept the death of her son, haunted by her past and unable to come to terms with her future.

There is a diverse collection of characters that Louise Douglas uses to uncover the hidden secrets of the house and of the DeLuca family that once lived there. The descriptions of Sicily and the small communities are exceptionally well written and are balanced effectively against the dialogue and movement in the story.

Ultimately it’s a story about coming to terms with grief, accepting ones frailties and recognising love and the possibility of redemption in the future.

THE HOUSE BY THE SEA AMAZON US

THE HOUSE BY THE SEA AMAZON UK

Copyright All Rights Reserved
The Crossing by Michael Connelly 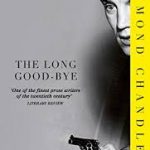