I managed a Bridge overload this week to finally catch up with the series. Each episode maintains the balance between developing the lives of the characters and the action of the plot. It’s what makes this series so compelling. From the beginning of episode seven we are drawn into the inevitable climax. With all the clues pointing towards the perpetrator coming from the pharmaceutical company and initially implicating the head of security. But we are then drawn into the complex private lives of Viktoria and her brother Oliver. At the same time the police thwart the planned attack on innocent plane passengers who Oliver had intended to use to transport and spread a deadly plague over the world.
Once the investigation team focus on Oliver they arrive at his home only to find that he’s dead having been killed by his wife as he tried to suffocate his sister. The police take a step and evaluate what they know and now believe Oliver was the culprit. The plot also brings to a similar point of success the private lives of Martin and Saga. Martin is reconciled to his wife and appears to have mastered the influence that Jens had over him.  But with one episode left the viewer know that there is one struggle facing the team and that there must be another person involved. 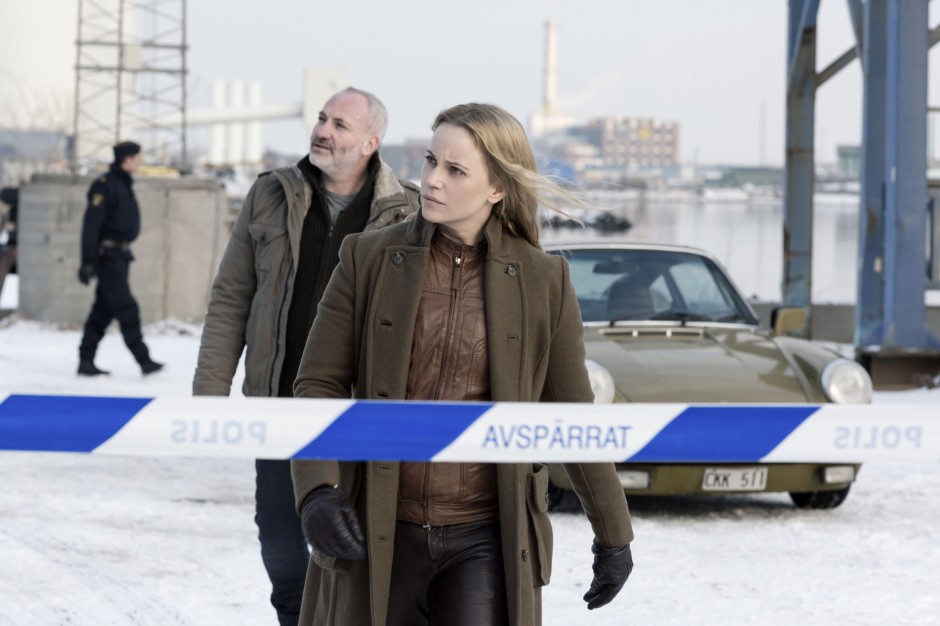 The final and explosive episode starts with Saga scouring the evidence and discovering that there must be another person involved. They identify Oliver’s wife, Gertrud, very quickly and soon it becomes a race against time to stop her plans to infect and kill various politicians with the plague. At the same time we see renewed difficulties that become irreconcilable, in the private lives of Saga and Martin. One of their colleagues is killed and Gertrud escapes. Martin and Mette split and he goes to pieces. Saga’s boyfriend leaves her. Saga watches a TV programme announcing Jen’s death and then realises that Martin is the perpetrator. I had guessed that Jens’s death was the only way his influence over Martin could be extinguished. Seeing him in his hotel room she tells him that he’s her only friend and despite this she calls the Danish police.
Evil cannot of course be allowed to triumph and the police exist to pursue killer so it was inevitable that Saga would go have to report what she knew about Martin. But it was a bleak ending, gritty and dark as it examined the loneliness and challenges of policing where the job can take over private lives. The bonding between Saga, with her Asperger’s and inability to deal with relationships, and Martin’s flawed but warm and passionate personality really makes the series such a success. Saga acts as a mirror to all of human relationships and I suppose all crime writing and drams strives for that too.