A Question of Blood opens with Rebus having burnt both his hands, which are bandaged making him unable to do the simplest task thereby requiring military precision to extract a cigarette from a packet. A gangster known to have stalked Siobhan Clarke his sergeant and whom Rebus threatened lies dead the night after he was seen with Rebus.

Rebus’ wounds aren’t immediately explained but his helplessness does give Siobhan Clarke reason to come to his rescue while creating conflict with her superior officer. Rebus and Siobhan are called to assist in an urgent case of a school-related shooting where the killer’s motive is unclear and where he kills himself. But Rebus realises that one of the victims is a family member. The other is the son of a judge and the other a son of a member of the Scottish Parliament.

The killer is known to have had links to a former a member of the special forces and all the families have connections that give the killer complicated motives for their deaths. The action takes place over a fairly short time period and the involvement of Rebus’ own relatives and family gives the story added poignancy and depth in that it demonstrates quite clearly how lonely and fractured Rebus’ personality and own family actually is.

His reaction with his superior officers is usual Rebus insolence mixed with a dry sardonic humour. The background is obviously the circumstances surrounding the Dunblane shootings several years ago when schoolchildren were killed. Rankin transposes this to be modern day Scotland interweaving into the plot reference to special forces which touches on Rebus’ own background. This highlights the pressures that soldiers face in returning to civilian life after periods in the armed services which provides an additional depth to the plot.
As always the book is wonderfully well-written, the narrative engaging, the dialogue crisp and Rebus’ engagement with his superiors insubordinate. It’s a long time since I’ve read a Rebus novel and this one didn’t disappoint.

Copyright All Rights Reserved
Talking to the Dead 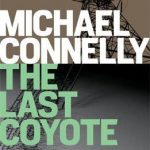