INTO THE DARKEST CORNER – Elizabeth Haynes

I have just finished Into The Darkest Corner the debut by Elizabeth Haynes that was such a massive success. First off I did enjoy it although in parts I really felt that the story dragged. The plot is told from the perspective of Cathy in two different time periods. The first is during an abusive relationship with Lee and the second several years later when Lee has been released from prison and Cathy is fearful of his obsession for her. By then she has a developing relationship with Stuart.

The strength of the novel is in portraying the impact domestic violence has although it did irritate me at first that Cathy seemed unaware of the considerable protection that the law offers victims of abuse. It would have deepened the early stages of the narrative had this aspect been developed. Having said that many women feel trapped in abusive relationship and the novel portrays that very well indeed.

The first half of the book concentrated on introducing the reader to the obsessions that dominant Cathy’s world. I found that the constant repetition of her rituals tiring even boring. A good chunk of the first half of the book could have been trimmed without loosing any of its impact. There are no major twists but the ending does tie off a thread introduced during the book quite effectively. The narrative had a great momentum and it is well written.

After her relationship with Stuart gets more serious do we really see her character develop and the second half of the book moves along at a quicker pace. This is a psychological novel very similar to Before I Go To Sleep - which i finished recently and I'll soon post a review of that too. This sort of intense narrative is very popular today in crime fiction. 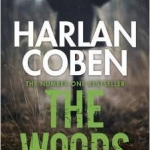